Dental amalgam fillings are still used in the United Kingdom and a number of other countries. Often called “silver fillings,” all dental amalgams are actually made of 45-55% elemental mercury.  Mercury is toxic, and this poison is recognized as a chemical of major concern because it poses a dangerous threat to public health.  Mercury accumulates in the body, and any amount of mercury exposure should be considered hazardous.The use of mercury in dental amalgam fillings can harm humans, and dental mercury released into the environment can cause long-lasting damage.

Mercury in the Mouth 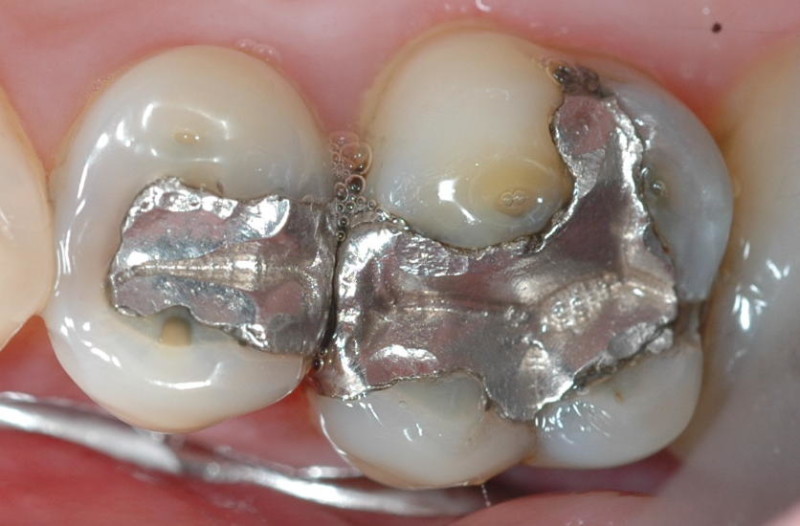 Mercury vapour is odourless, colourless, tasteless and toxic, but it casts a shadow in black light.  This dramatic video of mercury vapour out-gassing from a “silver amalgam” dental filling has outraged the world since it was first demonstrated at an IAOMT meeting in 1995.  See it for yourself:

Evidence of Harm is a documentary film that follows the lives of three health advocates as they struggle to inform the federal government and public that large amounts of toxic mercury vapors are released from “silver” amalgam dental fillings during routine dental procedures.  Watch the trailer for the film, which features both personal stories and scientific information about dental mercury’s harmful impact, including warnings about unsafe mercury amalgam removal: 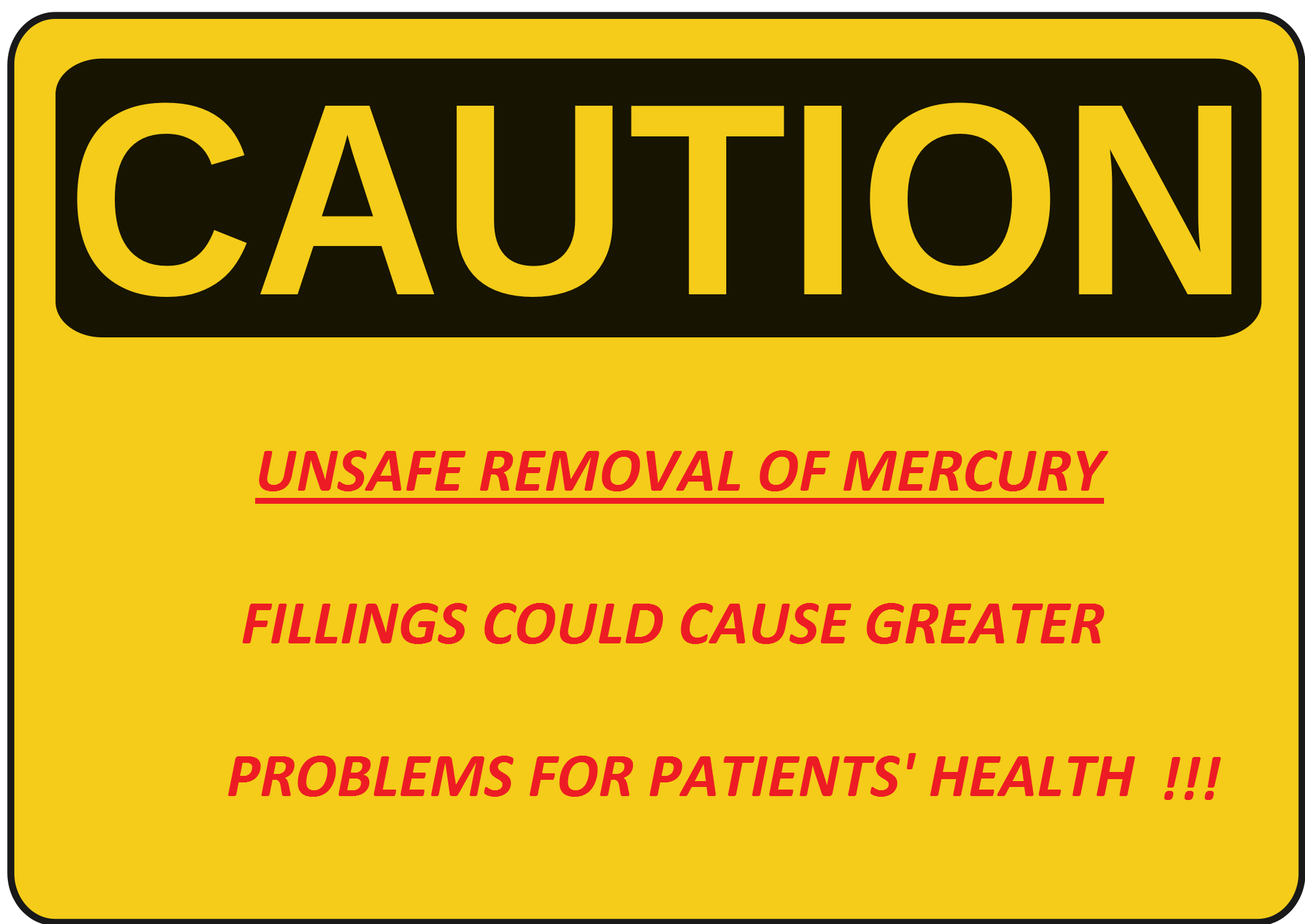 In the last few years many protocols have been developed worldwide in order to remove mercury fillings safely for both patients and dental teams.Most of those procedures reckon on sophisticated protective clothing to filter and reduce mercury vapours exposure during the removal.

Our Safe Removal Of Mercury Fillings Protocol has been developed focusing our attention on the total aspiration of mercury vapours rather than on filtering them through special clothes and devices.The result is a Simple and Effective Protocol very appreciated by our Patients.

The working area is isolated by a rubber dam,which separates the oral cavity from the teeth we are working on. 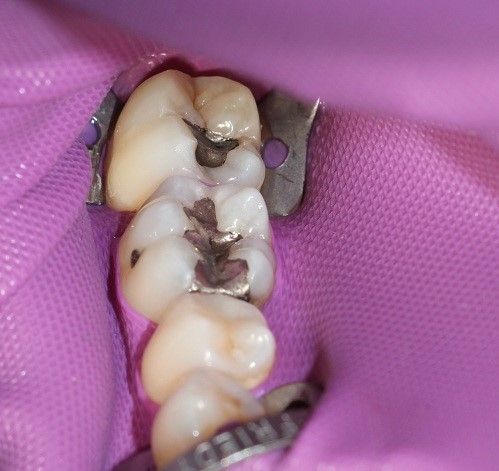 The working area is further defined and confined by a suction hood overlapping the dam.Two suction hoses,connected to a system moved by a 1500W motor,create a significant negative air-pressure in the operating zone.The air stream blows the surface of the dam and prevents a cloud of uncontrolled vapours. 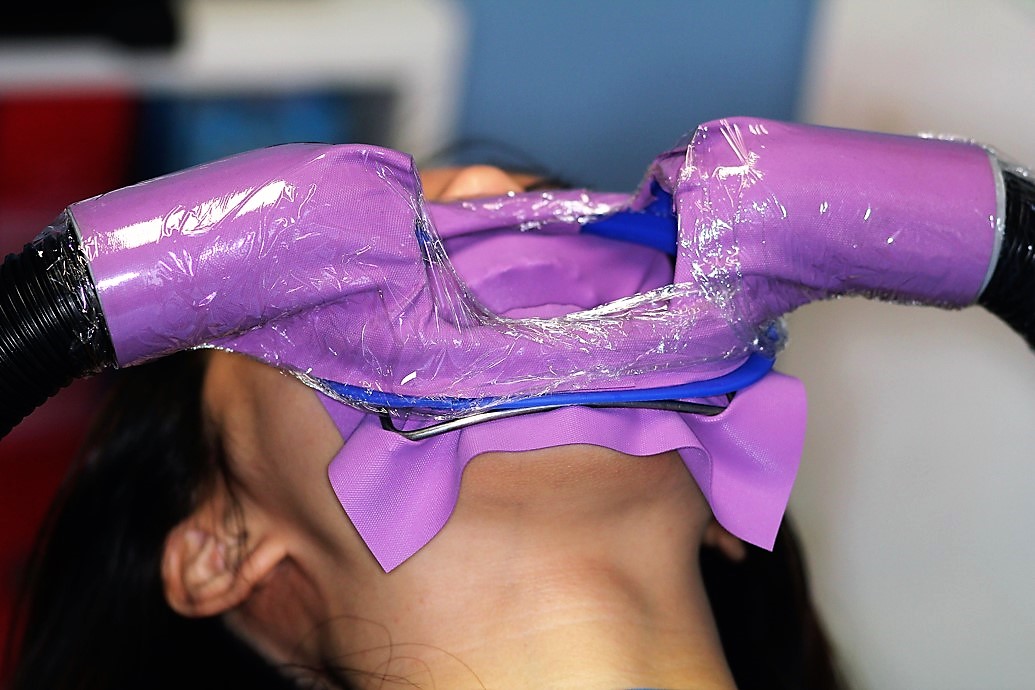 During removal,a large diameter cannula is kept in contact with the side of the tooth to create a strong localized suction on the tooth. 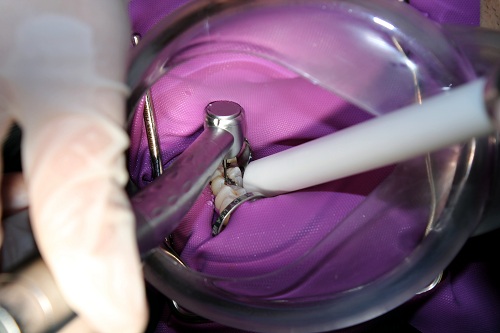 The nose of the patient lies outside of the working area.The measurements of mercury vapour concentration remains at 0,00 mg/m3 during the whole removal. 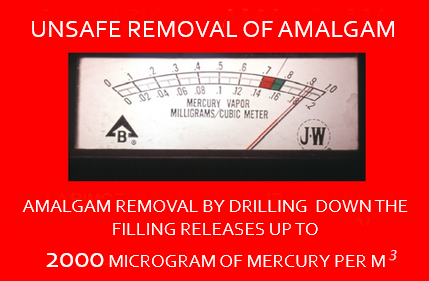 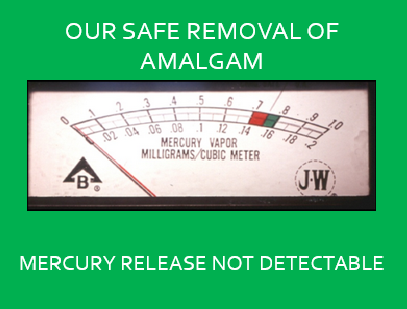 Watch the following video about the effectiveness of our "Volumetric Suction System" :

Amalgam filings are then replaced with new fillings made of a last generation metal free composite material.This material has no cytoxicity or biological reactivity. 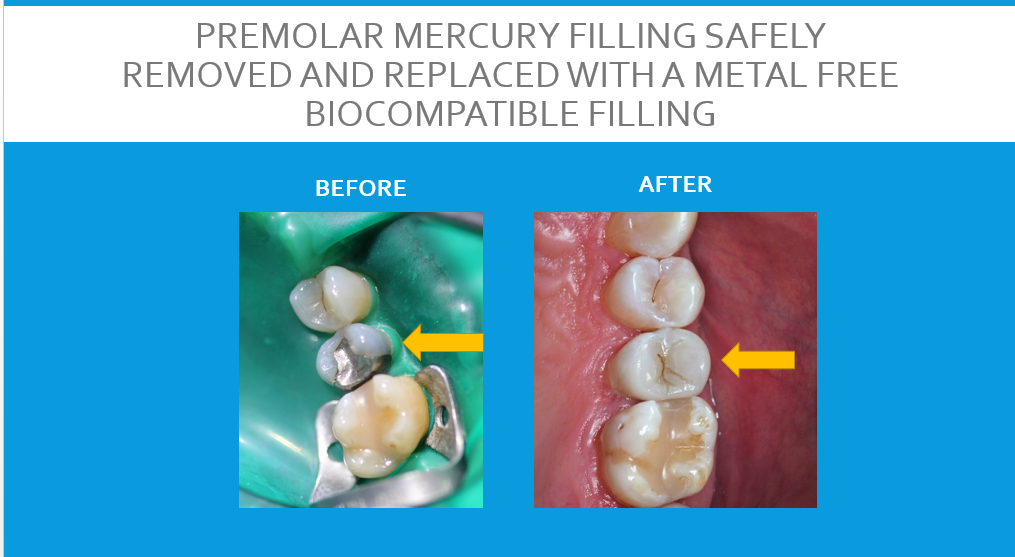 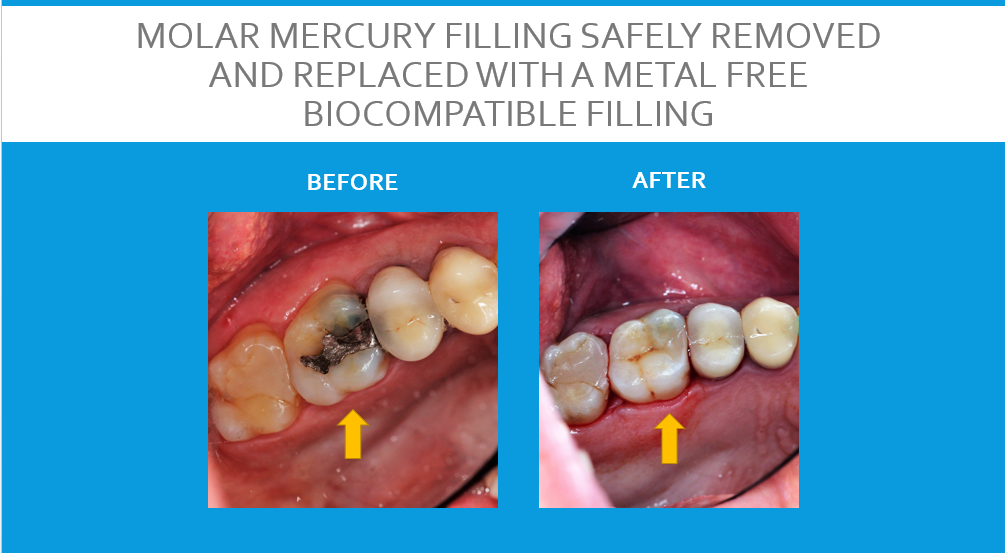